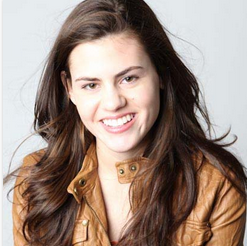 Artists On The Verge
News

Debbie Gibson recently announced she will be composing two new songs for CIRQUE MUSICA, a touring circus-style show with a full symphony orchestra.

Who has Gibson chosen to perform her new numbers during the upcoming tour?

Ali Isabella, a 2012 Top 100 selection of The New Music Seminar’s ‘Artist On The Verge’ chart!

According to Gibson, “Ali Isabella brings a freshness and spirit to the music to create the ultimate all around live experience”.

17 year-old Ali Isabella was selected last year by The New Music Seminar’s A&R Committee as an emerging U.S. musical talent, and was eventually proclaimed as one of the NMS Top 100 ‘Artists On The Verge’. Isabella was a featured new artist for NMS in 2012 at The Living Room in New York City.

See what other talented artists made the list in 2012 here!

The NMS ‘Artist On The Verge’ project is designed to promote artists who are already picking up steam, and help them rise above the noise to receive the national recognition they deserve.