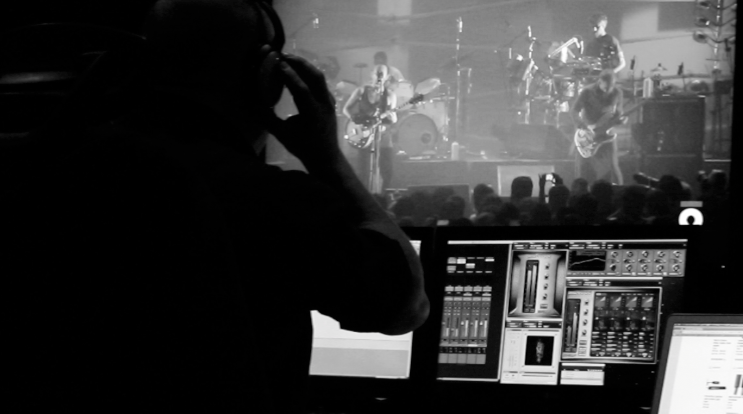 From unmarked brown packaged vinyl to obsessively collated mp3’s, the existence of  ‘bootleg’ live recordings has always been contentious. A top concern for artists is that bootlegs are usually created without authorization from the artist.

Deciding whether or not bootlegs are in the best interest of an artist and their career depends on a number of factors, including:

• The level of artistic control level each individual artist desires, specifically over their recorded output
• How are bootlegs being utilized to profit? And if so, are the right individuals profiting from these bootlegs?
• Making a  live concert experience available to your fans allows them to not only relive the experience but has the potential to spread the word of a positive (or negative) experience to other potential fans

Two recent examples demonstrate that balancing such concerns is still relevant as ever – if not more in this digital era. Favoring artistic control, Prince announced and then dropped a lawsuit against a number of alleged online bootleggers. In contrast Bruce Springsteen announced plans to offer instant live recordings of his shows in South Africa, Australia and New Zealand via a $40 flash drive (poorly disguised as a “wristband”) that allows fans to download the live show in less than 48 hours following the date.

The Value of Live Concert Experience

The value of a live concert is the visceral as well as the aural.  Whether you are moshing, crowd surfing or standing politely in the back, attending a live show is distinctly different experience than listening at home.
From an artist’s perspective, the live show is the most proximate way to make an impression on potential fans.  Financially, touring is still a critical component.

The latest IBIS Musical Groups & Artists in the US report remarks that arguably live may be becoming more important:

“The marked decrease in the value of album sales during the past five years has led most musicians to depend more on touring for a living. Because a live concert experience cannot be replicated on a recording, this service is largely safe from digital competition, and it is expected to grow as a share of revenue.”

The same report indicates that 60% of income for musical groups and artists is derived from either live or session fees.  These realities illustrate that touring is still a vital and routine part of an artist’s career.  Beyond the traditional tour income, a number of new technologies have created the potential for the bootleg to provide a lucrative source of income.

The source of traditional bootlegs were often sketchy and unsanctioned, typically coming from either an audience held device or passing through various hands from the sound desk.  However, the development of two music apps Lively and Soundhalo gives artists the capability to record and offer both audio and video recordings of live shows themselves.

Last May, we introduced you to a new app called Lively that allows artists to capture high quality recordings of their live performances which can be uploaded and provided for fans to download following the show. For an audio recording, all that is required is an iPad, a stereo audio interface and the audio manger software.  Lively also has an option for video, where a live video crew can be made available to record a show.  After a show, fans can purchase audio recordings for $4.99 and audio-visual for $9.99 immediately after a show.  Artist’s take 70% of this revenue.

Soundhalo provides a similar service, which is already being endorsed by high profile artists Atoms For Peace and Alt J.  As Nigel Goldrich of Atoms for Peace states these applications offer a high quality alternative to the “million shaky, horrible sounding YouTube videos. ”

Behind the scenes with Soundhalo Studios during the Atoms For Peace Show August 2013.

Providing instant live concert recordings is nothing new (for example both Pearl Jam and The Pixies have both offered instant live recordings to fans).  The novel feature of these applications is that they cater to smaller artists, giving them a means to provide fans with this option and an alternative way to monetize a live show.

The live concert experience could also be valuable to prospective fans – those that don’t already attend shows.  For those less willing to invest the time and effort to head to a venue, live shows can be watched via live streaming services such as U Stream or YouTube.  The most high profile example is the ‘wish you where there’ live stream at Cochella.   Another recent example is The National who offered a complete live stream of their performance at the Sydney Opera House.  Watching these live streams may encourage the potential fan watching to become a new fan or to increase current fans engagement with the artist and attend the real thing.

On a smaller scale when considering whether to attend a show, most fans will go straight to YouTube to watch the live experience.  Both live stream and ‘legitimate bootleg applications’ give bands an opportunity to gain control on the exposure of their live show as well as promoting it.

Additionally, prospective attendees can be introduced to an artist through friends who attend shows and share their experience on social media.  Instead of sharing an annoying shaky YouTube shot of a fan’s previous night experience, Lively and Soundhalo provide high quality videos which can be shared to promote the live experience.

The Future of ‘Legitimate Bootlegs’

The live experience cannot be fully replicated by recording. Recording the full experience of a live show is akin to catching fire in a bottle. Traditionally the popularity of bootlegs was fueled by attendees who wanted a souvenir of the experience.  The enthusiasm of these attendees and the music press could turn these bootlegs into collectables.  The value of the ‘legitimate bootleg’ is that it meets these needs while also providing the artists and their team a degree of control and the opportunity to present the best version of their live performance.