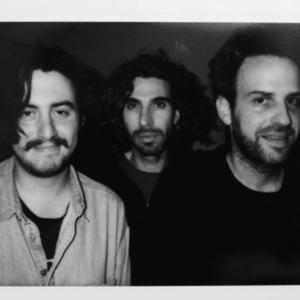 On The Radar
Playlist

On The Radar: New Music From Israeli Shoegazers Vaadat Charigim

Vaadat Charigim are performing live at SXSW 2014 in Austin this March – will we see you there?

Tel Aviv’s Vaadat Charigim is quickly making a name for themselves stateside and in less than a year have already gained a loyal following from tastemaker media outlets: Spin described the album’s sound like the “swoon of Morrissey..[and]..the punk-punk-ed hum of Ian Curtis”  and Noisey recently published a mini-documentary on the band, where they give a glimpse into life as an artist in Israel.

Upon first listen,  you immediately are met with the perfect mix of guazy-guitar play and gorgeous, fuzzed out melodies injected with post-punk energy.

Juval Haring’s voice drives each song as he vocally weaves in and out of the beats with smooth transitions. Only when a song ends do you realize the how powerful the song you just heard was. So powerful, it’s likely you didn’t notice that all the tracks are entirely in Hebrew.

Let us know what you think –