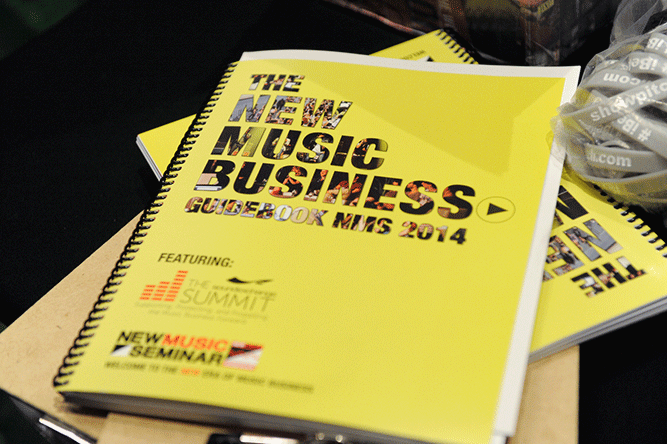 New Music Seminar kicked off this Sunday in NYC at the Wyndham New Yorker Hotel, making it the first time the conference will be held over three days as opposed to two in previous years. Registration lines packed with eager delegates moved quickly, ready to hear discussions on topics including: networking, artist management, essential legal knowledge on artist agreements and Desmond Child’s songwriting workshop. Sunday proved to be popular, as all movements following the first had to be moved to the larger Crystal Ballroom in order to fit all of the NMS delegates in attendance wishing to take part. 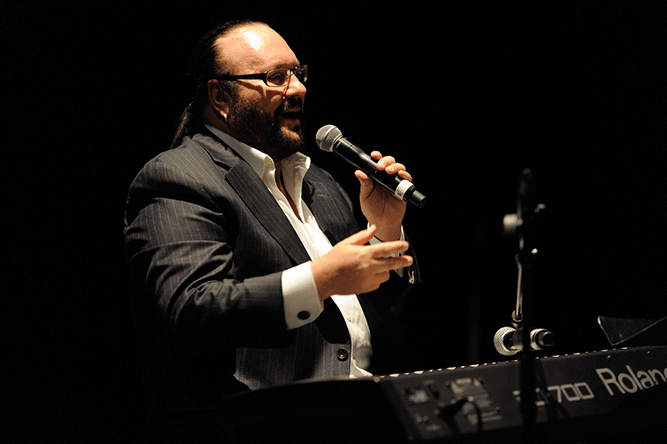 Desmond Child during “The Artist and Business of Songwriting” Movement

[pullquote]It is so boring to be the strongest writer in the room.

-Desmond Child[/pullquote]Bon Jovi’s “Livin’ On A Prayer” broke through the Crystal Ballroom’s closed doors and reverberated throughout the New Yorker Hotel. During legendary songwriter Desmond Child’s movement “The Art and Business of Songwriting”, audience members learned that all great songs have some kind of story behind them. Whether it be a track for Katy Perry,  Aerosmith, or even a musical theater composition, Child reminded his audience of the power of narrative.

At the onset of his discussion, he shared with us his personal story: a tale of undeniable struggle and glorious triumph. His journey took many twists and turns, but for not one moment did Desmond Child question his path. What an experience it was to join Desmond on his roller coaster ride through the various ups and downs, failures and successes. After all, he is a storyteller. 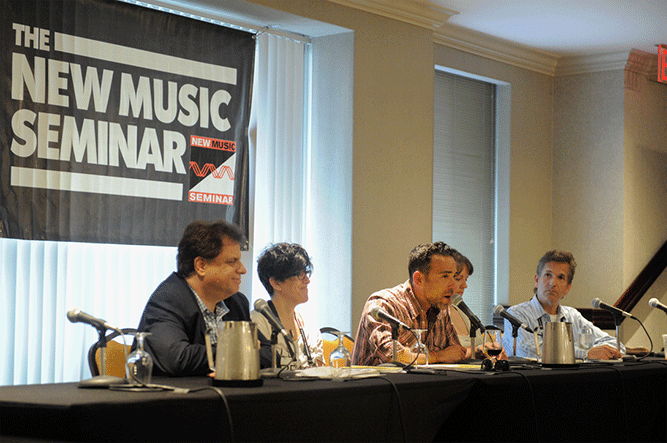 We’ve all heard how important of ‘networking’ is to your career, not only within the music industry but all industries. At Sunday’s “Networking 101” movement, delegates gained a deeper understanding of the word “networking” beyond simple elevator pitches and shaking hands. “Networking ability is your capital” said Elliot Resnick, who conducted the movement. Players including Emily White, Allison Shaw, Glenn Litwak and David Hazan told delegates stories of just how vital networking and forming new relationships were to their successful careers, however each also stressed that not all relationships will be a career-maker, one specific example being to know who you’re talking to when pitching a band.

[pullquote]The greatest freedom anywhere in the world is financial freedom: The ability to wake up in the morning and do what you’re passionate about.

Mark Mascowitz and Perry Resnick conducted Sunday’s “The Artist is a Business” movement, which hosted a great variety of music enthusiasts.Each and every sector of the industry was represented during the panel discussion. From artists to managers to lawyers, each audience member was given a blueprint on how to turn their passions into sustainable businesses. 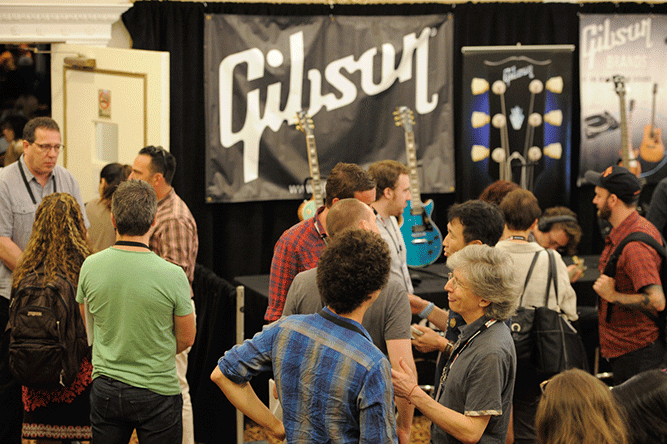 Sunday’s movements provided NMS delegates, whether veterans or newcomers, a great way to ease into the action-packed next two days as several industry experts shed light on the current state of the art from the perspective of the artist, business, fan and much more.

We’ll see you tonight on the red carpet! 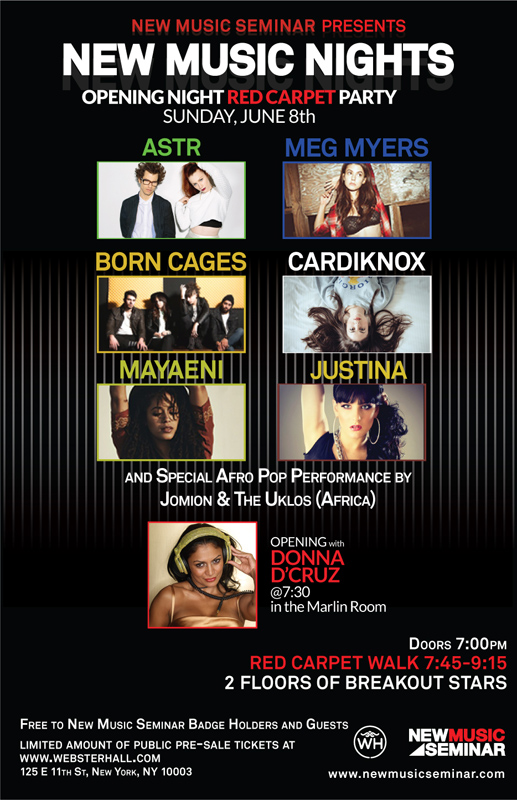