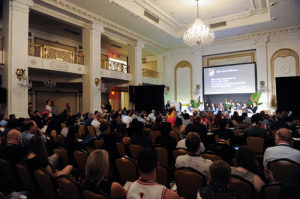 NEW YORK CITY, NY | June 23, 2015 – Taking place in NYC,  New Music Seminar (NMS) is dedicated in exploring new ways to support artists, exchanging of business ideas, and showcasing the next generation of stars. Day two of the conference portion kicked off with opening remarks from Tom Silverman, the Executive Director of NMS & Founder/CEO of Tommy Boy Entertainment, including an inspiring presentation on the true power of music. In his speech, he compared seeing Sunday night’s NMS New Music Nights headliner, Melanie Martinez to his experience of seeing Nirvana for the first time – both were performances full of emotion and raw talent.

Day two consisted of numerous panels in various conference rooms in the beautiful Wyndham New Yorker Hotel. Music Insights 20/20: The Future Revealed, conducted by Jay Frank (Owner/CEO of DigSin), let speakers and attendees alike explore educated predictions of alternative futures for the music business. Alex White (CEO, Next Big Watch), Russ Crupnick (Managing Partner, MusicWatch), Will Page (Director of Economics, Spotify) and more revealed plans for their companies as well as projected visions of what the industry could and likely will look like moving forward. Crupnick added, “The future of music is less about a battle for dollars, it’s going to be much more a battle for time and attention.” Diverging from the standard format, Music In Advertising: A Case Study sought to answer questions such as “What makes music supervisors select a particular song?”  The interactive two-step movement began with a creative brief sent to NMS delegates who then suggested songs to be placed in a TV commercial.  Conductor Keith D’Arcy (Creative Licensing, Songs Music Publishing) and panelists Paul Greco (Director of Music and Radio, JWT), Lyle Shemer (Creative Director, JWT), and Alex Mailman (Business Director, JWT) discussed their reactions and decision-making process to show the audience how this process works in real-time.

The crowd was electric for the Songwriter’s Movement, conducted by Peter Asher (President, Peter Asher Management) and featuring celebrated actor/director and sometimes songwriter Denis Leary (Sex&Drugs&Rock&Roll).  Leary and the other panelists discussed what defines a “hit” in each genre as well as how to maximize the chances of writing “the big one.” Another highly anticipated talk was the Vinyl Resurrection movement in which Michael Kurtz (Co-Founder, Record Store Day), Steve Sheldon (President, Rainbow Records), and other speakers addressed the phenomenon of vinyl: the only format that has died and come back to life.

The Ad-Supported Music Streaming movement featured an intriguing discussion led by Theda Sandiford (VP of Commerce, Republic Records) that focused on how ad-supported music streaming fits into the complex new music ecosystem. Speakers, including VEVO’s SVP of Content and Programming Doug McVehil, conversation explored what Jonathan Dworkin (VP Strategy & Business Development, MixRadio) referred to as “From a service point of view, you want to get the right song in front of the right person at the right time.”  “The Situation” – A Live Reality Show About The Music Business was something truly unique. Dan Cohen (VP of Marketing, Caroline) conducted this movement where panelists Rosie Lopez (President, Tommy Boy Records), Jim Roppo (EVP of Marketing & Commerce, Republic Records), David Macias (Thirty Tigers), Chris Atlas (SVP of Marketing, Def Jam Recordings), Vickie Starr (Co-Owner, Girlie Action Media & Management), and Mathieu Drouin (Co-Founder, Crystal Math Music) were given a scenario for which they would come up with a plan.  Just when the team had a great strategy together for releasing the hypothetical artist’s new album, the team would be thrown a curveball and have to change things around – much like a real-life situation.

Today, June 23rd, SoundExchange will present an entire day focused on rights owners, royalty collection, entertainment law, and advocacy from the Fair Play Fair Pay Act to the Protecting the Rights of Musicians Act. In addition, Denis Leary’s new show (Sex&Drugs&Rock&Roll) will have an exclusive pre-screening at NMS at Webster Hall’s iconic Marlin Room. The series premieres on July 16th on FX, and the pre-screening will feature the first three episodes of the breakout series. A quantity of tickets to the event have been set aside and will be distributed to participants of the New Music Seminar.

Artist on The Verge is an annual curated list of the Top 100 artists on the rise. The first five years of the AOV Top 100 classes have included current successful artists such as Macklemore, The Pains of Being Pure at Heart, Banks, Action Bronson, Schoolboy Q, Joey Bada$$, Meg Myers, Thee Oh Sees, and Fitz and the Tantrums. 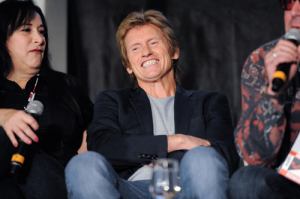 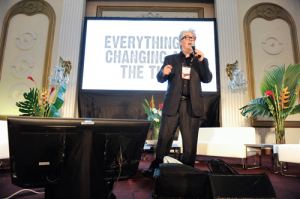 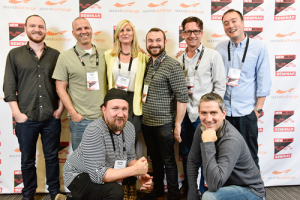 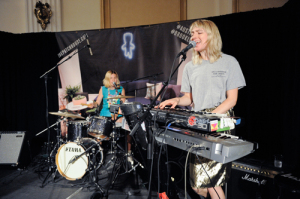 About NMS:
The New Music Seminar is the world’s most influential Music Business convention, led by the voices that disrupt the conventional, tackle key issues, and provide a stage for trailblazing artists to shine. NMS is the place to network, engage, and discuss the future of the art and business of music.

The New Music Seminar is perfect for anyone looking to further their career in any and all facets of the music business. Recording Companies, Music Publishers, Music Technologies, Managers, Agents, Artists, Songwriters, Producers, and artist & label services from around the world come together each June in New York City to cross-pollinate, share ideas, and create new opportunities. See more at: https://www.newmusicseminar.com

About SoundExchange:
SoundExchange is the independent nonprofit performance rights organization representing the entire recorded music industry. The organization collects statutory royalties on behalf of recording artists and master rights owners for the use of their content from satellite radio, Internet radio, cable TV music channels and other services that stream sound recordings. The Copyright Royalty Board, created by Congress, has entrusted SoundExchange as the only entity in the United States to collect and distribute these digital performance royalties from more than 2,000 services. SoundExchange has paid out nearly $2 billion in royalties since its inception. 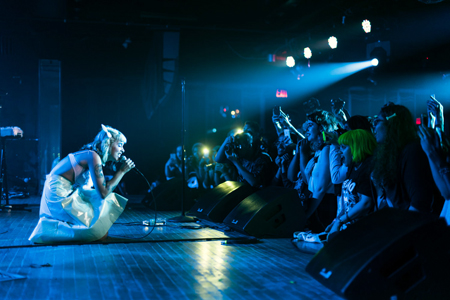