Never miss a beat! Stay up to date on the top stories in music business and anything else you may have missed last week in the industry.

[toggle heading=”h5″ title=”Global Digital Music Market To Grow $9B in 2014, According to New Study” css=”custom-class”]The digital music market grew 9% in 2012 and is projected to grow to $9B worldwide in 2014. According to the new study by Mahindra Comviva and Ovum Consulting, the digital music market is driven by expansion in international and regional music brands and 20%+ smartphone growth in South East Asia, India and Africa. The study also predicts that in 2014 Asia-Pacific digital music markets will approach $450M and Latin American will top $200M.[/toggle]

Clear Channel announced they will hold the first ever iHeartRadio Music Awards on NBC May 1 from Los Angeles.

The iHeartRadio Music Awards will feature “this year’s biggest artists and songs” along with “live performances, never-before-done duets and collaborations”. Award nominees will be based on a newly introduced iHeartRadioChart, which will compile data from the past 12 months via airplay-based listener feedback and performance data, digital streaming data from the iHeartRadio platform, and sales, social video data and tags from Shazam and Big Champaign.

An audio feed of the show will be broadcast and streamed live via iHeartRadio, participating Clear Channel radio stations and their websites. You can also check out iHeartRadio’s new station created for the Award show featuring the fans top artist picks.[/toggle] 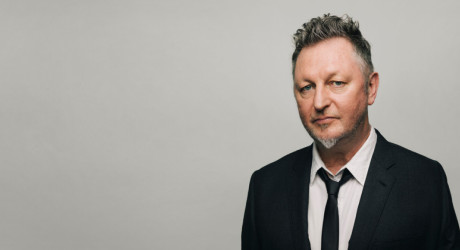 The newly created position, places Allen responsible for conveying the economic benefits of streaming music to both artists and consumers. Beats Music hopes the new role will be proactive rather than reactive, to avoid a situation similar to what happened with Spotify last year who was forced to defend its model following public attacks from big artists such as David Byrne and Thome Yorke.

Recently, Allen published an opinion piece for The Guardian which provides a counterpoint to arguments by popular musicians who have spoken out against streaming services such as Thom Yorke and David Byrne.[/toggle]

As a result of the integration, Bandpage artists are now connected to Clear Channel’s over 243M radio listeners each month. The company’s iHeartRadio app currently serves 150 US markets, includes 840 radio stations and has over 300M downloads. 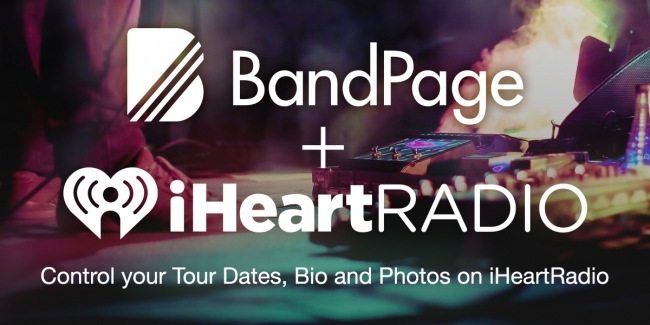 “Our goal has always been to help artists reach more fans, but in a way that also helps them make more money,” said BandPage Chief Executive J Sider. “This is the first time artists can directly show their ticketing information in front of Clear Channel’s enormous audience.”

Artists can include links on Clear Channel station websites that will send fans to the destination of their choice, such as the band’s website or a ticket seller. Sider stated BandPage will not take a cut of ticket sales resulting from those referrals unless artists choose to use the service’s live VIP platform (Experiences) to sell tickets.[/toggle]

[toggle heading=”h5″ title=”Universal Music Sees 75% Increase In 2013 Streaming Revenue, Driven By Spotify” css=”custom-class”]Universal Music Group reported a 75% increase in subscription and streaming revenue for 2013 (from $353M up to $618M), primarily driven by one source – Spotify.

In December, music companies agreed they would allow Spotify to increase the amount of free music available on their mobile service in attempts to widen the funnel and bring in more music fans[/toggle]

Although it really doesn’t appear to be the best time to launch a new online currency, as Mt. Gox, the world’s largest Bitcoin exchange, recently shut down last week after revealing it had lost an estimated $367M in Bitcoins due to theft from a loophole in their software. Luckily however, Songcoin isn’t meant for “most of the public” according to Kasian Franks, CTO and co-founder of Pimovi, the company which will administer Songcoin. He said the music exclusive online currency will have built-in features designed to benefit musicians and their fans.

Evolver.fm’s Eliot Van Buskirk recently published a great interview with Kasian Frank, which Frank describes alternative currencies in general and then transitions to the specific details of Songcoin including: who is Songcoin made for and how it is to be used, what specific features will be implemented to maintain the exclusive “music only” status in the future, and several others. Highly recommended interview to read this week![/toggle]

[toggle heading=”h5″ title=”Teens Prefer YouTube To Facebook, New Study Says” css=”custom-class”]Nearly three-quarters of US 14 to 18 year-olds used YouTube “frequently” compared with 60% for Facebook, according to a recent 2013 study by The Intelligence Group. 19 to 24 year-olds also used YouTube more than Facebook, only by a 1% margin however. Adults over 25 said Facebook to be their destination of choice by a wide margin (over 10%).

[toggle heading=”h5″ title=”Shazam’s Redesign Launches, Music Destination & Content Platform for Artists” css=”custom-class”] Shazam launched the first version of their redesigned app and shared the full set of new features we can expect to see in 2014. Earlier this month, Shazam announced they would also be partnering up with Warner Music Group to help the company discover new, emerging artists via their users data.

Similar deals to that with Warner Music Group are more than expected as Shazam begins to implement a more content driven strategy and marketers begin using the app as a predictor and driver of significant music sales. CEO Rich Riley said, Shazam “hopes to become a destination experience and content platform for artists, shows and brands.”

With over 420M users in 200 countries, Shazam said that currently users tag 10M songs, shows and ads a day and the most interesting part is that they’re buying what they’ve tagged – spending $300M a year via click-throughs to digital stores i.e. iTunes, Amazon, etc. One of the world’s top 10 apps, Shazam exceeds 80M monthly users and is growing by an additional 13M new users per month.[/toggle]

Once an artist claims their “Aura” from the service, they both can curate their current digital presence and any revenue OpenAura makes from licensing those materials gets shared with the artist and third-party photo copyright holder (if there is one, for example: labels, photographers, image providers, etc.) If the artist of label owns the image, they will receive both the curator’s and copyright holder’s revenue shares.

How much money OpenAura will actually make is yet to be seen, however it is clear that the service has a unique perspective for how to provide images to music services. Read more about OpenAura’s platform and how it works.

For now, OpenAura’s focus is letting artists and their team choose the images they want to represent them in return for a trickle of revenue. If the service is successful, OpenAura could open up a window of opportunity for artists to associate more types of different content with their music.[/toggle]

[toggle heading=”h5″ title=”Turn Anything You Touch Into Music With New Mogee App” css=”custom-class”]Mogee turns everyday objects into powerful musical instruments, providing a new way for anyone to explore their musical imgaination regardless of skill level or technical abilities. Consisting of a mobile app and small sensor – Mogee attaches to almost any object, picks up the vibrations we make when interacting with the object and then turns those sounds into musical ones by altering their acoustic properties.

Watch the video below to see just how cool and easy to use Mogee is with your phone!

Bruno Zamborlin, the brain behind Mogee, is currently seeking funding on Kickstarter for the project. Learn more about Mogee’s unique musical experience and how it works.

Ministry of Sound claimed that they had a copyright in the arrangement and selection of the individual songs and requested Spotify to remove these playlists.[/toggle]

Palmer has alleged that his 1/6th share of the groups performance royalties, for songs recorded during his tenure have not been correctly paid out.[/toggle]

The Songwriter’s Equity Act seeks to amend the sections 114 Copyright Act which specify the factors the rate court considers when setting songwriter’s performance royalty rates as well as section 115 which sets the statutory mechanical royalty rate.[/toggle]Digital music is predicted to increase by $9B in 2014, do you think streaming and subscription platforms will be the driving force behind digital’s international growth?

Several platforms appear to be expanding into new territories, although at the same time they are increasingly giving away free offers with hopes of increasing their number of paying subscribers!

Never miss a beat on your Monday morning – subscribe below and you’ll always be up to date on the week’s music business and industry news.

Looking Back: Tom Silverman On “The Next Physical Format”