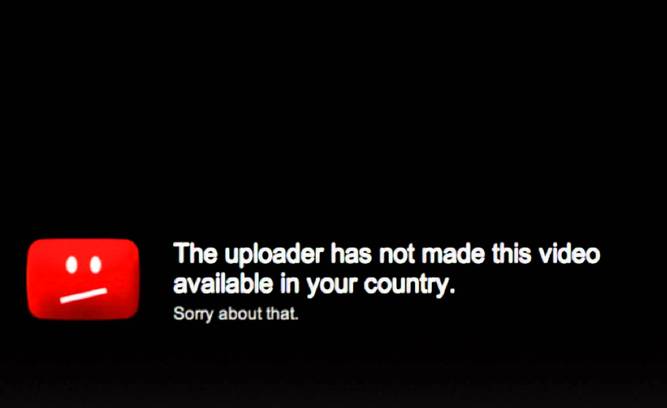 Music With Boundaries: Cross-Territory Licensing Issues & How To Solve Them

Nothing is more frustrating to a music fan than the being confronted with the ‘I’m Sorry This Content is Not Available In Your Region’ denial or the mysterious ‘ghost’ album accessible in one country but not another.

Although typically, the gaze of the industry and artists alike is on the United States foreign markets are important. From an artist’s perspective having the capability to make your music accessible in foreign markets can be an invaluable opportunity yet logistically difficult.

Europe alone, generates one third of all global recorded music revenues. However, the hangover of the physical music market makes cross territory licensing fraught with difficulty. The Europe Union is now taking steps towards mitigating these issues and working towards a single European music market.

Performing Rights Organizations (PROs), who collect performing royalties on behalf of composers and content owners were founded on a territorial basis. Each nation has its own individual or several unique PROs which administer the collection of performing royalties in that territory.

The territorial method while workable in a physical and radio dominant market is problematic for digital distribution.

As Sebastian Haunss puts it:

This territorial system is not well suited to handle a situation where internet users are in principle able to access content on the web irrespective of their own geographical position or the content’s physical location.

To accommodate digital services within the territorial system, jurisdiction is maintained by using the IP address of the user’s computer as a proxy for physical location.

Depending on PRO’s agreements or lack of agreements with specified services in different territories, an artist’s music may be available in one country but not another. With a PRO typically granted broad exclusive rights, even if the artist wants to make their music available in another country through another PRO, they may be legally unable to do so. These entanglements for example, have caused difficulties in establishing streaming services within Ireland.

The Directive includes specific provisions to encourage cross-territory licensing for streaming services. This include provisions with the effect that:

Response to the Directive has been unanimously positive. It emerges as a critical foundation in the European Union’s goal to establish a single European music market.

Simplifying the Process: How Will The Licensing Process Evolve?

As the debates around streaming rates continues, the issue of process is critical. Currently, especially within in the US determining which performance rights are payable, whom to apply to and the process for establishing a rate is convoluted, ill reasoned and inefficient.

(For a wider discussion, see here).

Apart from collective licensing agreements, there have been other first hand strategies to combat the difficulties of the existing licensing process.

The first is the fragmentation of performing rights. As Sebastian Haunss notes the EU Directive has the effect of ‘fragmenting’ digital peforming rights. For example if one CMO doesn’t have a foreign distribution, under the directive they should allow the artist to grant these foreign performance rights to another CMO. These exclusive universal performance right assigned to the first CMO has now been ‘fragmented’ between both CMOs.

In United States such fragmentation has already occurred via the major publishers withdrawal of new media rights from BMI.

Another approach is to focus on simplifying licensing from the user’s perspective. A pertinent example is the establishment of OneMusic in New Zealand. The New Zealand sound recording and songwriter performing rights organizations, PPNZ and APRA formed a joint venture OneMusic to simplify the purchase of public performance licensing for local businesses. Now local businesses requiring a blanket public performance right can apply to one agency as opposed to both (with differing requirements).

A novel consideration in cross-territory accessibility is data. In a recent Billboard interview, Bop.fm founder Shehzad Daredia noted that, similar to performance licensing, user streaming data is often constricted to a territory or particular platform.

This strategy is presumably a deliberate move to create a ‘switching costs’ for a user to switch services. Daredia commented on how the nature of cross-territory licensing also creates problems:

Since music licensing occurs on a country-by-country basis, the data itself gets splintered by country. That leads consumers in different countries to have different access to music. Sharing music between friends breaks down here because a given song in say, Spotify, is actually associated with dozens of different tracks — each with its own country restrictions.

Shehzad Daredia also discusses how other industries such as the travel have systems in place to facilitate sharing of “travel information across retailers” which enhances consumer value.

Similar to licensing a more comprehensive system for music data is another cross territory music issue requiring guidance. User data however, is one of the most valuable assets streaming services accrue making user sharing collaboration a highly contentious prospect.

The EU Directive is a comprehensive and significant approach to working through the difficulties of cross-territory licensing.

Is this viable for other territories or for user data? How do you see collective licensing developing in the future?

Comment and let us know below – we want to hear your thoughts!

We’ll be discussing the global music market in The Globalization of Music movement, presented by MIDEM this June at New Music Seminar 2014.  Don’t miss your chance to contribute to the discussion and more.

Experience New Music Seminar 2014
Click below to start your registration!