New Music Seminar returned Tuesday at the New Yorker Hotel in New York City, as more pioneers of the music industry gathered to network and discuss the future of the business.

Earlier today, the renowned audio and television manufacturer Bang & Olufsen announced an exciting new partnership with the critically acclaimed Danish band Mew at New Music Seminar. As part of their global campaign, B&O will introduce The Sensory Spaces mobile app, which will be released in August leading up to Mew’s upcoming single. The engaging app will allow the user to use hearing and movement to navigate through “spaces” containing elements of Mew’s music. B&O Play Corporate Vice President Henrik Lorensen premiered a teaser video to the New Music Seminar crowd.

Meanwhile, a highly pertinent movement discussed new direct to fan marketing strategies for artists and labels. Bryan Calhoun, who oversees digital strategy at Blueprint, conducted an assembly of leaders of websites whose goal is to maximize revenue for artists. Sites represented were Section 101, Bandzoogle, Bandpage, Moozar, Topspin, and Fusicology.com. All the panelists agreed on the importance of an integrated online strategy for artists, who have become more reliant on alternative revenue generators in today’s dynamic industry. 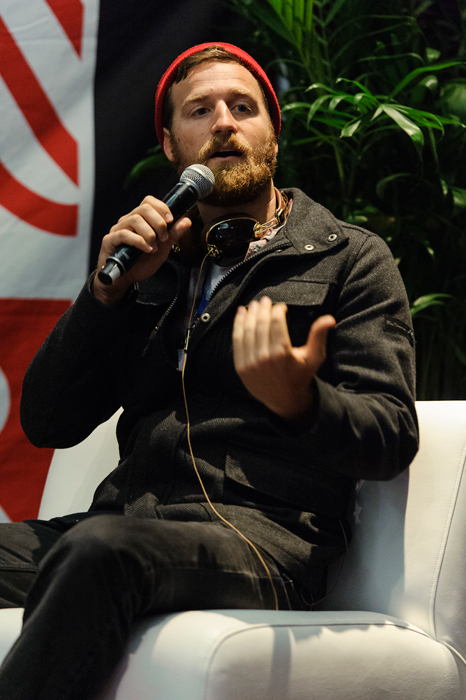 Another popular movement featured A&R representatives from major labels critiquing submissions from artists in the audience. The reps gave personalized feedback and constructive criticism, and spoke about the decision processes at the labels they represent. Scouts were present from RCA, Virgin, Atlantic, WIN, Island Def Jam, Razor & Tie, Columbia, and Universal Republic. The same scouts, who are all under 30, also attended the “The A&R Movement” panel, conducted by Virgin Records COO Ron Fair, and gave additional insight on how they evaluate new acts and decide how to sign them.

At the Independent Label Movement, conductor Charles Caldas, CEO of Merlin Network, spoke with representatives from some of today’s biggest indie labels including Ultra, Mom & Pop, Downtown, PIAS, 3qtr, and Dualtone. All seemed to agree that while streaming revenue was rising exponentially, physical sales were low but steady thanks to the increasing popularity of vinyl sales.

Also at the Seminar, Travis Moeger, Associate Director of License Management at SoundExchange, gave an overview of copyright law and webcasting during the Digital Radio Workshop. Later, an engaging interview with Craig Kallman (Atlantic Records) and David Chesky (HDTracks) by Steve Guttenberg (Audiophiliac) discussed how the quality of music is returning once again.

Ahead Of The Curve: All Access Music Group Interviews Tom Silverman