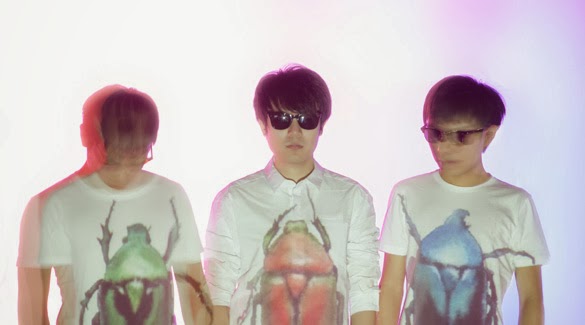 Artist Spotlight
On The Radar
Playlist

Happy Tuesday! Today we’re bringing you new music from three artists that are so good, we just couldn’t keep them all to ourselves: UK’s Kins, Canadian artist Lowell and China’s beloved indie rockers Carsick Cars.

UK’s Kins recently released their self-titled debut album on January 28 and without a doubt – I’m naming this one of my top new, if not overall, albums for 2014. It’s that good.

Self-described as specializing in the sound of “doubt, detachment and muted aggression”, the guitar-pop quartet are pretty spot on with the exception of their modesty. Besides personal love for the band’s debut, they’ve also received beyond positive reviews throughout the US and UK with a quick growing fanbase.

Listen to a stream of their self-titled debut below.

February through March, Kins will continue their current US tour in various cities including Brooklyn, LA and more – check their website for details and tickets. Don’t miss your opportunity to see Kins live in a smaller, intimate space because next tour around the band is guaranteed to be hitting up the larger venues.

Canadian artist Lowell’s first single “Cloud 69” from her upcoming EP, is like a simultaneous caffeine kick/sugar rush without the jitter. The single’s strong beats are like an exhilarating punch in the face that then are soothed by Lowell’s sensual yet riotous vocals. “Cloud 69″ is one of those songs you put on repeat, turn to max volume and you’ll feel ready to take on the world.

Described by the NY Times as a “nervy, constant euphoria”, Beijing indie-rockers Carsick Cars create a sound which ingeniously merges their songwriting expertise with lo-fi sound and hard chords. Influenced by the drone of Velvet Underground, Sonic Youth and the formal structures of Steve Reich, Glenn Branca, the band is set to release their new album “3” February 28. Stream Carsick Cars new album 3 here.

Did we mention they toured with Sonic Youth across Europe – who called them their favorite band in China? Enough said.

The band is set to release their new album “3” February 28 and will tour the US/Canada this March and April.